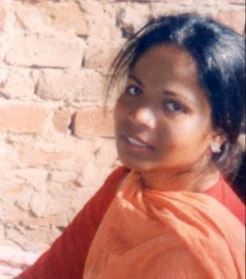 WASHINGTON, DC – The United States Commission on International Religious Freedom (USCIRF) today welcomed the departure from Pakistan of Asia Bibi, a Pakistani Christian mother who spent nearly a decade in prison after being sentenced to death for blasphemy. According to her lawyer, she arrived in Canada today, where she joined two of her daughters. Sadly, the news came on the same day as reports of a bombing in Lahore targeting a Sufi shrine that resulted in the deaths of at least 10 people.

“We are greatly relieved that Asia Bibi has finally been able to leave Pakistan and reunite with her family,” said USCIRF Chair Tenzin Dorjee. “While we are grateful that Asia Bibi will be able to start anew in Canada, she lost nearly a decade of her life in prison after being falsely accused of blasphemy. Unfortunately, there are at least 40 other individuals in Pakistan sentenced to death or serving life sentences on blasphemy charges. We ask the Pakistani government to nullify the blasphemy law and acquit them of the charges.”

“The news of Asia Bibi’s safety is marred by the tragic bombing outside a Sufi shrine in Lahore, reminding us of the dangers members of religious minorities continue to face in Pakistan,” continued Dorjee. “The targeting of Sufi Muslims—and others—by nonstate actors and extremist groups perpetuates a deadly cycle of sectarian violence that impedes freedom of religion or belief in Pakistan.”

Every year since 2002, USCIRF has recommended that the U.S. Department of State designate Pakistan a "country of particular concern" (CPC) for "ongoing, systematic, egregious" violations of religious freedom. In November the State Department for the first time designated Pakistan as a CPC. In its 2019 Annual Report, USCIRF continued to press for appropriate policy actions to improve religious freedom conditions in Pakistan.

The U.S. Commission on International Religious Freedom (USCIRF) is an independent, bipartisan federal government entity established by the U.S. Congress to monitor, analyze and report on threats to religious freedom abroad. USCIRF makes foreign policy recommendations to the President, the Secretary of State and Congress intended to deter religious persecution and promote freedom of religion and belief. To interview a Commissioner, please contact USCIRF at Media@USCIRF.gov or Kellie Boyle at kboyle@uscirf.gov or +1-703-898-6554.