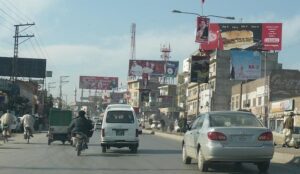 Persecution of Christians in Pakistan: the ongoing mistreatment of Christians and other religious minorities in Pakistan is an issue of immense importance that nevertheless receives scant attention from the UN or international human rights organizations. The nation’s small and courageous Orthodox Christian community is as vulnerable to this persecution as are the rest of Pakistan’s Christians.

For previous ChristianPersecution.com coverage of the persecution of Christians in Pakistan, see here.

07/01/2020 Pakistan (International Christian Concern) – According to local reports, Nadeem Joseph, a Christian from the TV Colony of Peshawar, the capital of Pakistan’s Khybar Pakhtunkhawa province, died yesterday as a result of gunshot wounds he received on June 4. Twenty-six days ago, Joseph and his family were attacked by Muslim neighbors because they purchased a home what their neighbors’ determined to be a ‘Muslim-only’ neighborhood.

On June 4, 2020, Nadeem Joseph, his mother-in-law, Elizabeth, and his brother-in-law, Babar Masih were attacked by Muslim neighbors wielding guns in front of their home in TV Colony. The attackers were Salman Khan and his sons.

According to Joseph and his family, Khan attacked because they purchased a home in what Khan claimed to be a ‘Muslim neighborhood’.

In a video message recorded from his hospital bed in early June, Joseph said, “A month ago, I purchased a house in TV Colony. I still have to make the final payments to the seller, but Salman Khan, a Muslim in the neighborhood, started harassing my family.”

While Joseph and his family resided in TV Colony, they were harassed by Muslim neighbors who called them ‘chooras’, a derogatory term used to denote Christians as untouchable. Muslim neighbors also damaged the doors of their home and constantly rode loud motorbikes past the house.

Joseph claimed that Khan and his sons asked his family to leave this neighborhood because it was “meant for Muslim residents only.” Khan reportedly when on to say, “How dare a Christian family live amid Muslims.”…