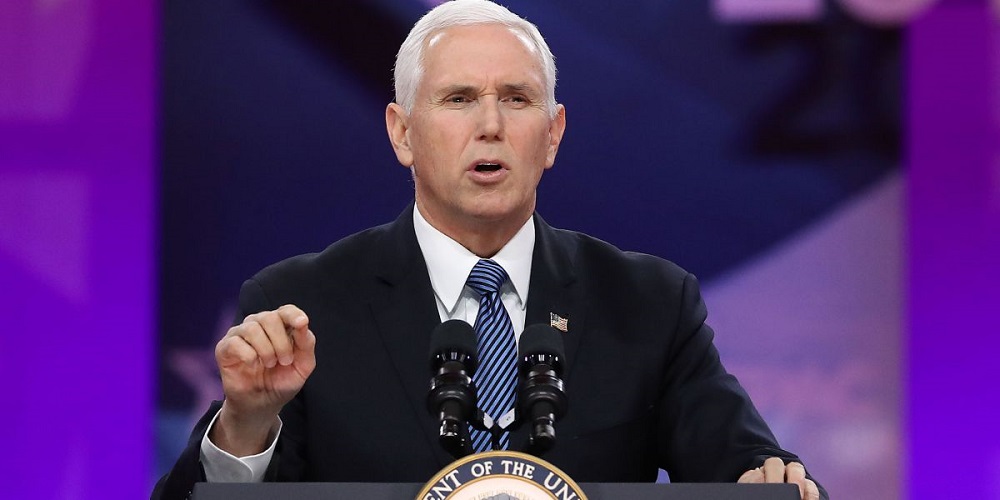 United States Vice President Mike Pence was the special guest speaker at the annual “Celebrate Freedom Sunday” at First Baptist Church Dallas, where told congregants that Christians need to hold fast to freedom and faith in “these challenging times.”

“It is good to be back in church,” Pence told the congregation before sharing a quote by President Donald Trump who recently said, “We will never stop fighting for the sacred values that bind us together as America.”

Trump, he added, also said, “’faith and family, and not the bureaucracy and government, is the true way of life,’” and the “’we live by the words of our national motto: In God we trust.’”

“From day one, President Trump has protected the freedom of all Americans. Only the nations that have the Lord as their God are blessed,” he said.

“In these challenging times, let’s hold fast to freedom … and to faith. Let’s start praying for America again,” he encouraged Christians before saying, “the greatest honor of my life is to be your vice president.”

Dr. Ben Carson, the U.S. Secretary of Housing and Urban Development who also spoke at the service, said Christians should stand for what they believe in, Christian Post Reports.

“Let’s not look to somebody else to solve our problems,” he told the congregants.

“We all have a sphere of influence. Within that sphere of influence, we can determine how we’re going to act, how we are going to treat our fellow men,” he explained. “We’re the ones who can push godly principles of loving your fellow men, caring about your neighbor, developing your God-given talents to the utmost so that you should become valuable to the people around you; you have values and principles that govern your life. And if we do that, not only will we be a great nation, but we will have one nation under God,” he concluded.