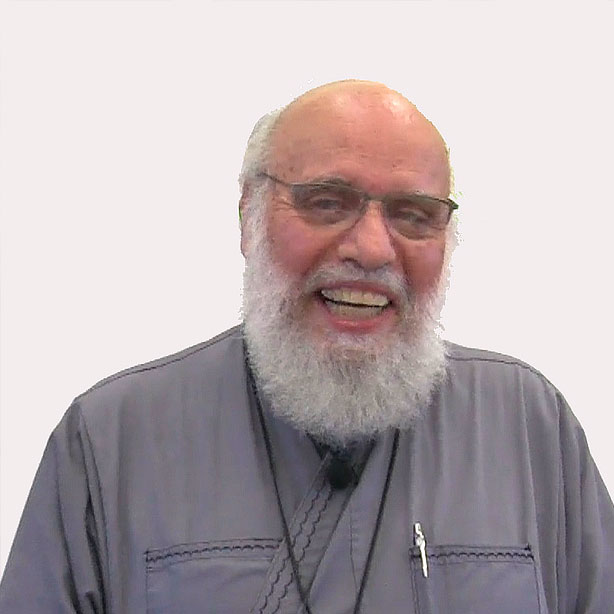 Mission to Guatemala: The Fields are Ripe for Harvest

After 31 years of parish ministry, The Very Rev. John Chakos retired as the priest of Holy Cross Greek Orthodox Church in Mount Lebanon, PA in order that he and his wife, Presbytera Alexandra, could spend their retirement in helping to establish the first Orthodox seminary in Latin America and build up the fledgling Guatemalan Orthodox Church. He is working under Metropolitan Athenagoras of Mexico City, and together with a team of OCMC Missionaries are serving the people of Guatemala.

He left a vibrant, mission-minded church family that has served its large community while also actively getting involved in missionary efforts in Pittsburgh and throughout the world. From assisting the homeless and working poor in the South Hills, Pittsburgh, to building schools in Africa, to teaching and preaching in Central America, Fr. John’s life has been defined by serving God through helping others and by being living examples of love and mercy.

After starting off his adulthood as a High School English teacher for two years, Fr. John and his young wife, Sandy, were inspired by the ideal of serving others abroad, so they joined the Peace Corps shortly after their marriage. They lived in the slums of Rio de Janeiro for almost three years in the 1960s. John taught classes in a local university while Sandy taught sewing and pattern making to impoverished families, who could, in turn, use the skills to earn a living.

In 1971 John Chakos felt that God called him to the priesthood, and he graduated from Holy Cross Greek Orthodox School of Theology in 1974. By the grace of God, Fr. John took over as pastor of Holy Cross in 1980, and helped it grow into a highly vibrant, Orthodox community, the largest in the greater Pittsburgh region. Under his leadership, Holy Cross has been instrumental in founding the Three Hierarchs Orthodox Elementary and Middle School (T.H.E.O.S.), several monasteries around the United States, and the Orthodox Church in Indonesia.

Father John has served as a member of the Orthodox Christian Missions Center’s (OCMC) board since 1986, serving as its President for a number of years. Fr. John has led several mission teams to Galilee and Guatemala, and served for six months in Tanzania, where their son Nicholas was a missionary.