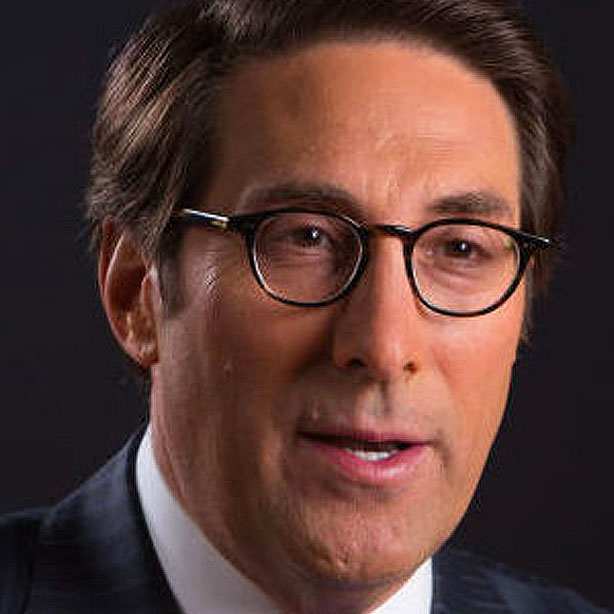 Dr. Jay Sekulow, PhD is Chief Counsel of the American Center for Law and Justice (ACLJ), one of the most prestigious law firms in the country. He is an accomplished Supreme Court advocate, renowned expert on religious liberty, a number 1 New York Times-bestselling author, and a respected broadcaster.

Jay Sekulow is an attorney with a passion for protecting religious liberty – freedom – democracy. For nearly a quarter of a century, he’s been on the front lines – working to protect religious and constitutional freedoms in the courts, in Congress, and in the public arena.

At the Supreme Court of the United States, Jay Sekulow has argued cases 12 times – including several landmark cases which have become part of the legal landscape in the area of religious liberty litigation. In the Mergens case, Jay Sekulow cleared the way for public school students to form Bible clubs and religious organizations on their school campuses. In the Lamb’s Chapel case, he defended the free speech rights of religious groups, ensuring that they be treated equally with respect to the use of public facilities. In McConnell v. FEC, Jay Sekulow ensured that the constitutional rights of young people remain protected with a unanimous decision by the high court guaranteeing that minors can participate in political campaigns. Most recently, in Pleasant Grove City v. Summum, he secured a unanimous First Amendment decision clearing the way for governments to accept permanent monuments of their choosing – including Ten Commandments monuments – in public parks.

At the beginning, no one could have predicted that what began as a mission to protect religious liberty in this country would involve an international outreach. In a world where Christians face discrimination, violence, and even death for practicing their faith, it soon became clear that there was work to be done abroad. Jay Sekulow believes that religious liberty – religious freedom – is an international right – a global concern. He launched the European Centre for Law and Justice (ECLJ) – based in Strasbourg, France – the seat of the European Court of Human Rights. He serves as Chief Counsel of the ECLJ and has opened offices around the world in: France, Russia, Kenya, Zimbabwe, Pakistan and Israel.

With so much of our future tied to what happens in the Middle East, Jay Sekulow knew that establishing an office in Jerusalem was critical.

“Jay Sekulow is a true friend of Israel who has fought with us hand-in-hand in some of Israel’s most strategic, international battles,” said Danny Ayalon, Deputy Foreign Minister, State of Israel, who also served as Israeli Ambassador to the U.S. “Jay was instrumentally-involved in projects that the President of Israel and the Prime Minister put on our national agenda.”

Whether it’s fighting to protect religious liberty and freedom overseas, or right here at home, there’s a tremendous track record of success that’s not gone unnoticed.

Townhall Magazine named Jay Sekulow to its “Townhall of Fame” and recognized him as “one of the top lawyers for religious freedom in the United States.” Jay Sekulow was named one of “The 90 Greatest Washington Lawyers of the Last 30 Years” by Legal Times and recognized for “fighting to expand liberties and protect civil rights.” The Chicago Tribune concluded that the ACLJ has “led the way” in Christian legal advocacy. TIME Magazine named Jay Sekulow one of the “25 Most Influential Evangelicals” in America and called the ACLJ “a powerful counterweight” to the ACLU. Business Week said the ACLJ is “the leading advocacy group for religious freedom.” Jay Sekulow’s work on the issue of judicial nominees – including possible vacancies at the Supreme Court – has received extensive news coverage including a front-page story in The Wall Street Journal. In addition, The National Law Journal has twice named Jay Sekulow one of the “100 Most Influential Lawyers” in the United States. He is also among a distinguished group of attorneys known as “The Public Sector 45” named by The American Lawyer, which said the designation represents “45 young lawyers outside the private sector whose vision and commitment are changing lives.”

In 2014, Jay Sekulow was honored by the Greek Orthodox Order of St. Andrew the Apostle – Archons of the Ecumenical Patriarchate for his work in defending religious freedom and human rights. The Athenagoras Human Rights Award was presented to Jay Sekulow by His Eminence Archbishop Demetrios of America, Exarch of the Ecumenical Patriarchate, together with the Order of Saint Andrew’s National Commander Dr. Anthony J. Limberakis who paid tribute to Jay Sekulow for dedicating his life “to fighting for fundamental human rights and religious freedom in the international juridical arena, from the Supreme Court of the United States to the European Court of Human Rights.”

With more than one million members, the ACLJ is a powerful grassroots organization. Whether it’s protecting the display of the Ten Commandments or the National Motto, Jay Sekulow is at the forefront – advising key decision makers in Washington, D.C. concerning the constitutionality of legislation – representing Members of Congress on amicus briefs at the Supreme Court – and encouraging the passage of laws that are constitutionally-sound.

To get the message out, Jay Sekulow has developed a comprehensive media strategy to expand the reach of the ACLJ – a daily radio broadcast tackles the tough issues that matter most, a weekly television show highlighting key decision-makers, a user-friendly website which provides updated information, and engaging and debating the issues in the public arena.

Jay Sekulow brings insight and education to listeners daily with his national call-in radio program, Jay Sekulow Live!, which is broadcast on more than 1,050 radio stations, SiriusXM satellite radio, and streamed live on the ACLJ website. Jay Sekulow also hosts a weekly television program, ACLJ This Week, which is broadcast on a number of networks nationwide including the Trinity Broadcasting Network, Daystar and Sky Angel. He is a popular guest on nationally televised news programs such as FOX News, ABC, CBS, NBC, CNN, MSNBC, CNBC, and PBS. He posts regularly to his blog, Faith & Justice on Beliefnet, frequently contributes articles and commentary to national publications, and is often quoted in the nation’s leading newspapers including USA Today, New York Times, Los Angeles Times, Washington Post, and Washington Times.

Jay Sekulow is author of the #1 New York Times bestselling book, Rise of ISIS, A Threat We Can’t Ignore, which provides a clear understanding of the rise of ISIS, their objectives, and the unlawful strategy used by terrorists. With the ACLJ “Law of War Team” – Jay Sekulow warns that if left undefeated, we will witness genocide of historic proportions at the hands of the Islamic State. At the same time, Rise of ISIS reveals first-hand stories of bravery and triumph underscoring the fact that there is hope – even in the face of ongoing attacks.

Jay Sekulow has additionally served as a faculty member for the Office of Legal Education at the United States Department of Justice. As a member of the faculty, he instructed Assistant United States Attorneys and investigators in the First Amendment issues associated with prosecution of obscenity.

With an ongoing commitment to education, Jay Sekulow is dedicated to training the next generation of religious liberty experts. The ACLJ provides legal training for law students from around the globe, reaching out through its offices at Regent University in Virginia.

He was appointed a Senior Fellow at Emory University Law School’s Center for the Study of Law and Religion. In the summer of 2013 and 2014, Sekulow was a Visiting Fellow and Member of the Summer Research Institute at Harris Manchester College, University of Oxford. He has lectured on Middle East Affairs and International Law and was a Visiting Research Scholar at Harris Manchester College, University of Oxford in the summer of 2015. He recently completed a course of study at Vanderbilt University’s Owen Graduate School of Management with certification in Executive Leadership and Corporate Innovation. Vanderbilt’s Executive Development Institute designated Sekulow an Owen World Shaper in 2015.

Jay is the author of numerous publications and legal articles. Immediately following graduation from law school, he served in the U.S. Treasury Department in the Office of Chief Counsel for the Internal Revenue Service where he was responsible for litigation in the U.S. Tax Court.